I don’t think so. By most accounts Rembrandt was a pretty effective artist in a time when there wasn’t much room for frivolities. A painting, mostly a portrait was commissioned and the artist was supposed to deliver the goods as ordered. It’s us modern artists who can fret and doodle as our whims dictate.

I can use the "Phase" to make a small painting.

Sometimes at the first stages of setting up a painting I will hit some kind of barrier.  I’ll have to decide where certain parts of the composition need to go or where the light needs to come from.  I can sit staring at the canvas for a long time and nothing happens. Well not on the canvas, but the thoughts race through my mind. It will take a while and sometimes it feels like a mild form of stress and I feel guilty for not being able to work effectively. Sometimes I decide it’s better to do something completely different like fixing a car or to go for  a long walk.  Maybe even writing for this weblog. I call this the “procrastination phase” . Only later I realise this phase is an important moment:  I set  the design while I “procrastinate”.  It’s an essential part of my painting process. It’s not procrastination at all! It just looks much like it.

Procrastination is a type of behavior which is characterized by deferment of actions or tasks to a later time. Psychologists often cite procrastination as a mechanism for coping with the anxiety associated with starting or completing any task or decision. [1] Psychology researchers also have three criteria they use to categorize procrastination. For a behavior to be classified as procrastination, it must be counterproductive, needless, and delaying.[2]

For an individual, procrastination may result in stress, a sense of guilt, the loss of personal productivity, the creation of crisis and the disapproval of others for not fulfilling one’s responsibilities or commitments. These combined feelings can promote further procrastination. While it is normal for people to procrastinate to some degree, it becomes a problem when it impedes normal functioning. Chronic procrastination may be a sign of an underlying psychological or physiological disorder. 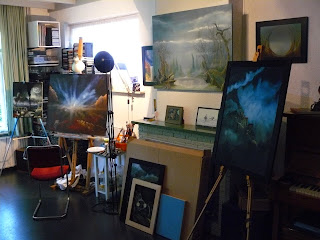